Broadband satellite communication makes its way into the Namibian fleet 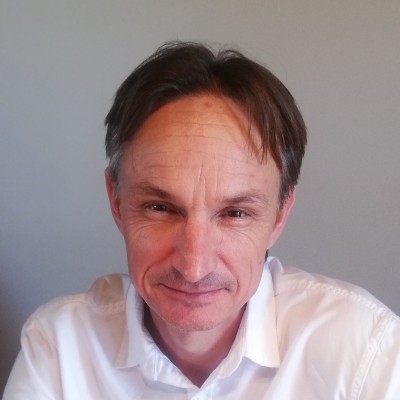 Francois du Troit || Branch office manager ( Radio Electronic )
Twitter Facebook Linkedin
The year 2020 will be noted in history for several reasons, the most notable probably the successions of global lockdowns imposed in order to curb the spread of the Covid-19 virus. With countries closing their borders, commercial travel and freight movements via air and sea routes slowed down considerably. The ripple effect of before mentioned scenario left many maritime officers and crew on board seagoing vessels in quarantine, left adrift so to speak. Never before has the demand for voice and data communications become as apparent as during this period in modern history.

The coastline of Namibia is barren and desolate with only a handful of towns dotted along its entirety. As the local telecom operators’ LTE networks only cater for the populated areas, use of the technology do not extend for use out at sea, especially out on the fishing grounds.

Therefore, whilst crew might enjoy broadband access when in port or just off port limits, connection is lost once they set sail for the fishing grounds.

Namibia’s fishing fleet, albeit small in size, covers several sectors of the industry. The most dominant are the deep-sea trawlers and longlines whom can operate anywhere between a week and 3 months at sea.

Recently, several external factors have played a role in the local industry preventing vessel owners and operators to splurge on luxuries such as satellite communications. Communication equipment on board these vessels are usually just supplemented or maintained in order to conform to local radio regulations.

Communication via satellite (besides for GMDSS equipment required by legislation) is viewed as a luxury and rarely receives the same attention as other bridge equipment used for navigation or fish finding purposes.

All of the aforementioned factors have played a pivotal role in opening a valuable market segment in Namibia. The need for affordable, high-speed access to the internet in order to remain connected has now become the accepted norm. Furthermore, these systems need to be completely scalable and flexible according to the client’s needs.

Several broadband technologies have made their appearance over the course of the last decade – many offering their own flavors in the form of varying degrees of uplink speeds and subscription packages.
Unfortunately, entry level systems with low bandwidth capabilities do not cater for multi-user environments mostly due to technological restraints of the hardware in use. With more users requiring access, more bandwidth needs to be provided.

The advancement in technology has realized this and delivered on the demand for viable broadband data to the maritime market. Affordable VSAT has gone a step beyond data technologies inclined towards a small network topology, and has opened up the world of
always-on connectivity to the maritime industry.

Nonetheless, it is not only crew welfare that has benefited from this technology, fishing operations as a whole has now become more strategically planned and managed as general oversight has increased over individual fleets. Captains and fishing masters’ plan their days ahead according to meteorological data and as oceanographic data become available. All downloaded with a click of button directly to their on board chart plotters.
Fleet managers keep an eye on shore, observing various forms of telemetry data received from their vessels at sea, planning ahead and scheduling maintenance when required.
Vessels experiencing technical problems whilst at sea are now diagnosed remotely from ashore, providing technicians with a “hands-on” approach to solving problems.
Administrative tasks designated for the officers are attended to whilst at sea increasing back office efficiency.

The advancement in satellite technology has incremented exponentially over the last couple of years with no end in sight.

There has been a radical shift in how mariners go about their duties on board sea going vessels, their welfare maintained crew morale increased – all attributed to the way in which we stay connected and the technology behind it.

Are you looking for satellite communication solutions for your fleet? Contact Radioelectronic