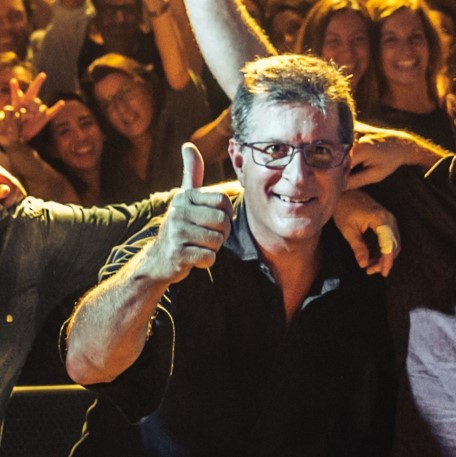 In 2020 the fourth IMO GHG study was published, which compiles accumulated data up to 2018 and is the basis for study and analysis for the next 3 years. This study delves into the development of new methods for the quantification of GHG and distinguishes for first time the analysis between international and domestic shipping.

The volume of GHG is expressed in CO2e, which is the equivalent volume of CO2 considering among others Co2, CH4 and N2O (notice for example that 1 gram of N2O equals to 350 grs Co2).

In relation to the emissions target for 2050, it should be noted that in 2008 the CO2e was estimated in 940 Million tons (using statistical method of the 3rd IMO GHG). However, this data is corrected to 794 Million tons when it is harmonised with the method used in the 4th IMO’s GHG.

The CO2e/2050 emission projections are established under various calculation scenarios (GDP, macro economy, trading tendency, and many others..). The projection moves from 90% to 130% over 2008 for 2050.

This data will be reviewed again at the meeting that the IMO with its MEPC committee has scheduled for 2022, when reporting with data for 2018-2021 period will be approved. The fifth IMO GHG report expects see light along 2023.

For its part, the European Commission adopted a framework agreement in September 2020 to set the emissions target at 55% of emissions corresponding to year 1990.

On July 14, 2021 the European Commission approved a package of legislative measures in order to achieve climate neutrality in 2050, which includes reaching in Europe a level of emissions equivalent to 55% of emissions corresponding to the year 1990.

EU has issued several studies following same methodology set by IMO. According to the data registered until 2020 ( 2020 Annual Report on CO2 Emissions from Maritime Transport ), Transport represents 25% of total emissions. Of these, 13% corresponds to maritime transport (international/domestic). Which corresponds to 4% of total 27EU CO2e emissions.

The industry in general is innovating, looking for green fuels, alternative and sustained fuel sources  and developing technologies that applicable to existing ships with affordable associated costs.

Is zero-carbon shipping going to become a reality?

Today it is not possible to speak of zero emission in the maritime sector. All the alternatives go through burning some amount of fuel and therefore it is impossible to speak in realistic terms of a future totally decoupled from Co2.

Even ammonia ( highly toxic, 5 times more volumetric, and highly gyroscopic compared to HFO) requires an HFO pilot flame to burn the mixture inside the engine. It is estimated a consumption of 5% volume of HFO or equivalent per 95% of ammonia.

Due to the segmentation of the fleet, a solution will end up being adopted for Containers ships, another for Bulk carriers, and a different one for Tank carriers.

Proof of this dilemma is the study advanced by the EU on these groups based on the same criteria used by 4th IMO GHG. This together with the associated costs, means that the necessary solution is particular for each family of ship, navigation type and ports logistics available.

The regulations must be aimed at developing solutions that are adapted in each case to each group in its uniqueness.

Below you can find an interesting graph to understand it 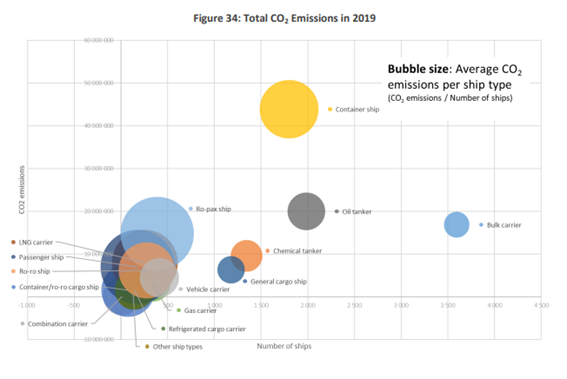 What needs to happen over the next two or three decades?

The strategy goes through the supply in ports of energy from green or renewed sources. The logistics of the ship can be improved and adapted to a more rational use in terms of emitted GHG.

It is also needed to deepen the analysis of the emissions associated with the operations of each ship considering all facts. This data will provide accurate information to establish an acceptable regulatory framework both technically and economically.

For this it is necessary that stakeholders do their job and governments assume these regulatory frameworks.

We are moving towards the control of the consumption of fossil fuels. This even though there are abundant reserves. The commitment to the preservation of the biological space must be imposed by pure common sense.

Getting to establish these limits, adopt regulatory frameworks, manage them and comply with them at an international level is the great challenge that we all face in the coming decades.